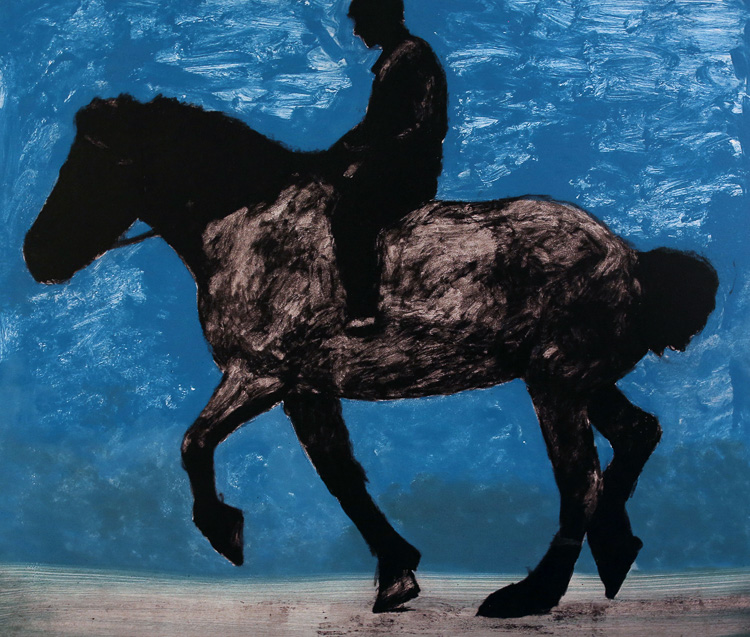 Malcolm Moran will exhibit his work in a one person show at the H. Pelham Curtis Gallery in the New Canaan, Connecticut Library between June 18, 2015 to August 9, 2015. The title of the exhibition is “Face to Face, Now and Then ” and will feature paintings, drtawings, and prints never shown before. The opening reception will be on June 18, from 6PM to 8PM.

Statement by curator Micaela Porta
Face to Face, Now and Then

The past isn’t just what came before, it exists quite concretely in the present. In the work of Malcolm Moran, a current of whispered stories mysteriously beckons, connecting the now with an ancestral past that brings shape and substance to the moment.

It makes sense that Moran should converse with his subjects. When we were selecting work for this show and asked him the titles of the pieces, he told us he needed to talk it over with them, that he needed to spend time having a conversation in the studio with the whole cast of characters. Selina, the female figure depicted in the exhibition, was very important to him in early childhood. Growing up, Moran saw what he saw in the world, but it didn’t always make sense or feel so great. With him from day one until he was about eight, Selina was his interpreter, and her interpretion brought calm and order to the story of his life as it unfolded. What we see in this progression of pieces is a kind of mutual unfolding—Moran unfolding Selina who unfolded Moran—as well as a means of self-understanding for Moran, who unravels his own story in the process. Selina appears one way, then another, followed by a subtle shift of direction, and on and on, and yet in all of them she remains herself.

Here, the untangling of one myth often reveals another. “A picture may unravel a personal puzzle that leads to an image that leads to a new story that needs unravelling,” Moran explains. So, one painting usually leads to the next and the next, like links in a never-ending chain that isn’t quite linear.

Face to Face, Now and Then can be viewed as living segments of those interconnected links, revealing something of themselves and their artist, as well as the process of decoding how it is with us.