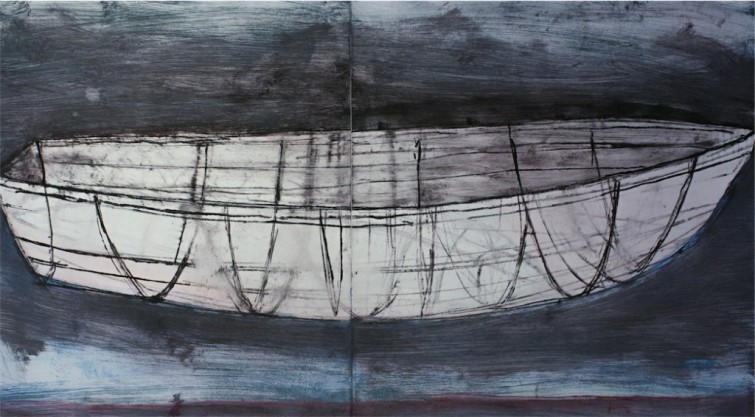 As a Cill Rialaig artist resident, Malcolm Moran worked on a series of monotypes with Master Printer Anthony Kirk in Ballinskelligs, County Kerry, Ireland. The Cill Rialaig residency was two weeks in September with a third week of travel around southwest Ireland.

Though the physical beauty of the place was overwhelming and an easy subject to embrace, this is not the subject that Malcolm chose to explore. It was a small native boat called a “currach” that grabbed his attention. These vessels carried the Irish from the third century to the present through the North Atlantic waters around Ireland to fish along the coast and inland lakes. The currach hull looks similar to a native North Anerican canoe with a flattened stern. These hearty little tubs have done there job for centuries, an appropriate metephor for the Irish spirit.