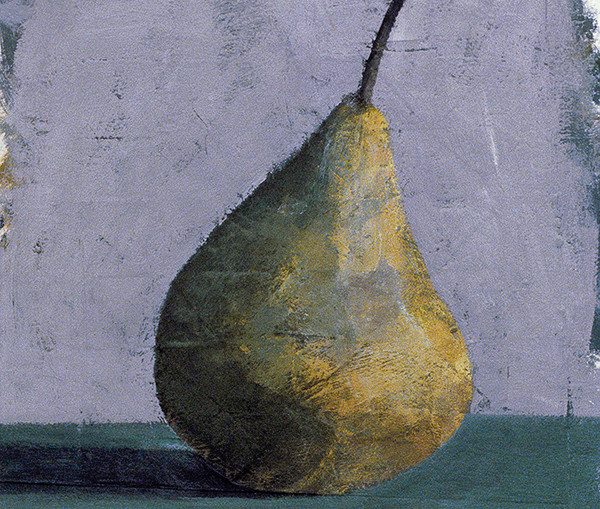 By EDWARD I. SOZANSKI

WHEN YOU COME UPON the paintings Of Malcolm Moran, you realize immediately that you are dealing with a serious painter. Aren’t all painters serious? Well, they are to different degrees, depending on what they are trying to accoomplish.

A purely representational painter is serious about creating a perfect likeness. He’s after the perfectly placed line, the exact replication of form, the precise hue and tone. He asks that we judge his success on the degree of recognition that he is able to evoke, and so he is serious about making his painting “real.”

Moran’s concerns are more with the metaphysics of painting, and with touching the remembered perceptions that are buried in our subconscious. He draws on the physical world as it’s expressed in shapes that represent mathematical relationships. He paints figures and objects that represent feelings, even the sense of what life is like rather than simply how we see it.

But the root of Moran’s seriousness is his feeling about how a painting is put together, and what it should represent. In his current exhibition at the Lily Iselin Gallery in Providence, we can see that he considers the making of a painting something akin to a religious act. To be precise, these small works in gouache are paintings over collage. Sometimes Moran covers the collage completely, so that the underlying textures and shapes are barely suggested; at other times the collage element is more evident. The collage supplies a structure that supports the meticulously worked paint surface; the interaction of the two creates a myriad of beautiful and subtle effects.

There are three sets of images. One has to do with pears – you might call them still lifes, but they are more suggestive of the “idea” of pear than of its actuality, what a 14th-Century icon painter would have made of them. A series of figures coalesce out of thickly painted surfaces, not portraits as much as luminous poltergeists. A third set of paintings brings the underlying geometry of the collages to the fore as pyramids, one of the oldest mystical figures. In each of his pictures Moran seems to expose his images by ablation. Each is deceptively simple, yet each represents the harmonious melding of visual textures, the careful balancing of mass and the restrained use of a few colors. Moran cares deeply about painting as a craft and the objects it produces; in this case the objects result in a very satisfying collection.

The exhibition will run through June 29 at 218 Wickenden St., Tuesday through Saturday from 11 to 5.