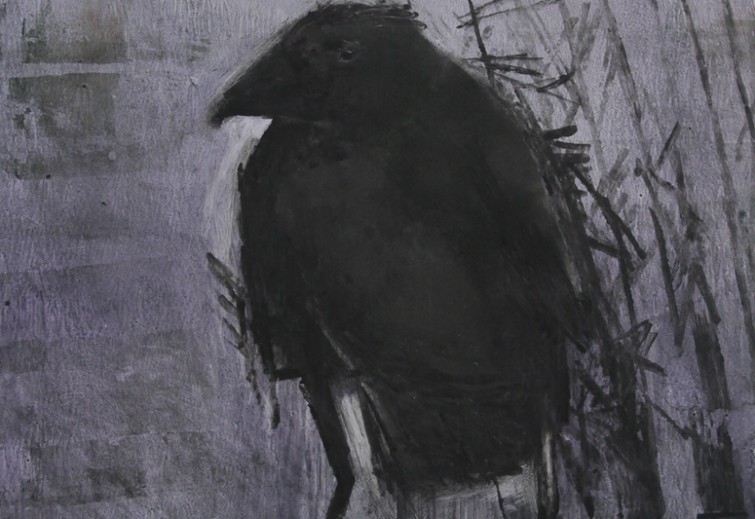 Beginning in the mid-1990’s a small group of New York and Connecticut artists began meeting in a studio loft in Portchester, New York one day each month to “discuss” or “critique” each others work. The idea, besides camaraderie and support, was to explore each others work utilizing methods developed in academia (Yale and Ohio State) to move the needle of development forward in an orderly fashion. The group had as its “overseer of rules” the dean of the painting department at SUNY Purchase College, Michael Torlan, but the work was done by the group. Other than a core group of diehard members, the group did change and multiply over the years. The group came to be known as “the Portchester Group”. In 2013, Miranda Arts Project put together an exhibit and lecture to show and explain the groups process and resulting work. Malcolm Moran was a long time member of the Portchester Group.