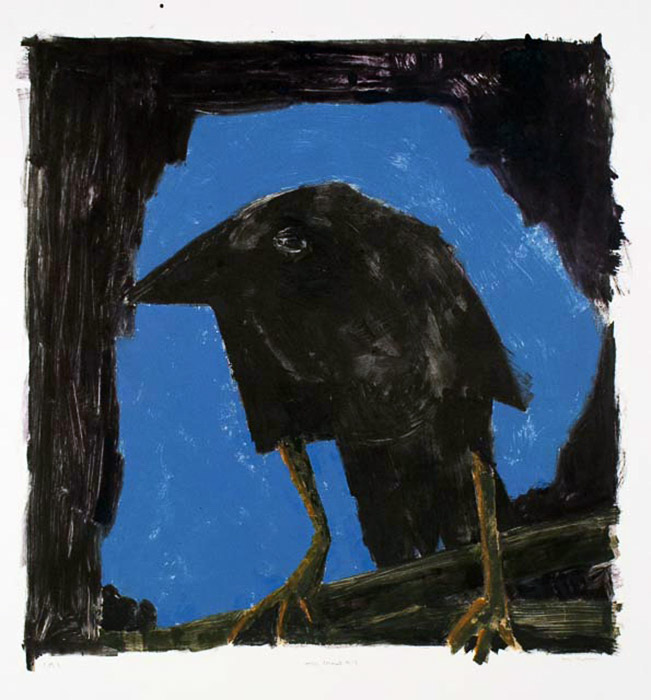 Birds – The Crows and Other Bird Stories

Birds have been a lifelong subject of interest. Not so much as objects of scientific curiosity, rather a more visceral interest. There were birds in my past, past memories like summer camp in Maine with bird watching as an eleven year old boy, or childhood in Louisiana where the “sport” of hunting birds was much more prevalent than sports like football or baseball, or the Audubon knockoff prints hanging on the wall of my grandmothers house. But the most indelible bird experience was a hunt that did not go according to plan when I was 10 years old or so. With clear shot to the belly, I killed a very big male Mallard duck. As a statement of pride I finished my hunt, climbed in to a flat botton skiff to make my way across the Louisiana marsh, and placed the ducks lifeless corps on my lap. I was mistaken. The bird was not dead and he bolted upright in my lap looked at me square in the eye, and with a final great quack, he really died in my lap. I never would get over his look. It was almost as if he was telling me that to reconcile myself to the entire bird kingdom, I was destined to paint, draw. and print birds until I expired in a final howl. Anyway that is as I remember the story.