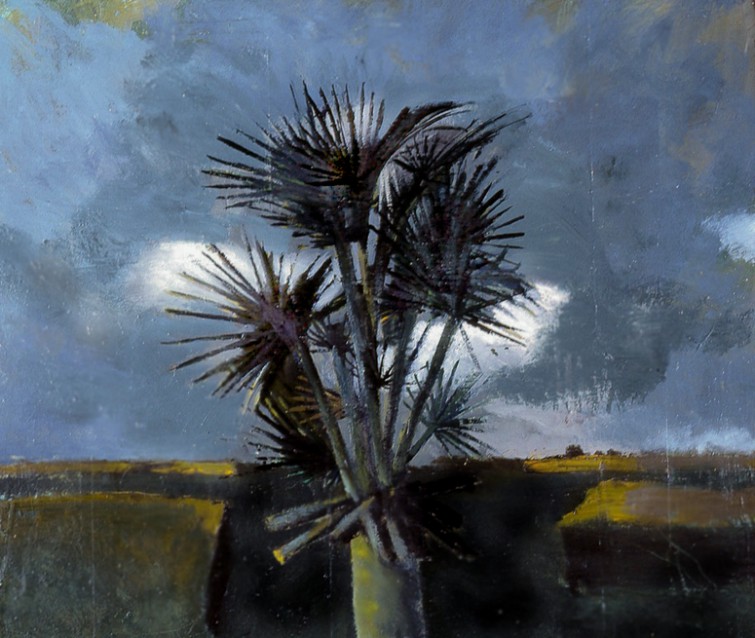 “Malcolm Moran’s delicate oils on paper, most portraying a single palm tree with spiky-looking leaves, also have a faintly looking metallic quality, traceable to their paletts of gentle blues, greens and browns, all having more or less the same restful tonality. The trees simplified into flat, interlocking areas of these colors, also have a naive quality that somewhat suggests – in subdued form – paintings by the 19th century primitive Henri Rousseau.

Moran’s paintings. like Rousseau’s, create a fantastic or visionary impression, almost like images remembered from dreams. Moran has shown his almost surrealistic paintings of trees in previous exhibits at the CAC, including this year’s edition of “Art for Arts Sake”. However, the earlier shows usually featured only a single painting by the artist, and seeing a larger body of his work is a treat.”