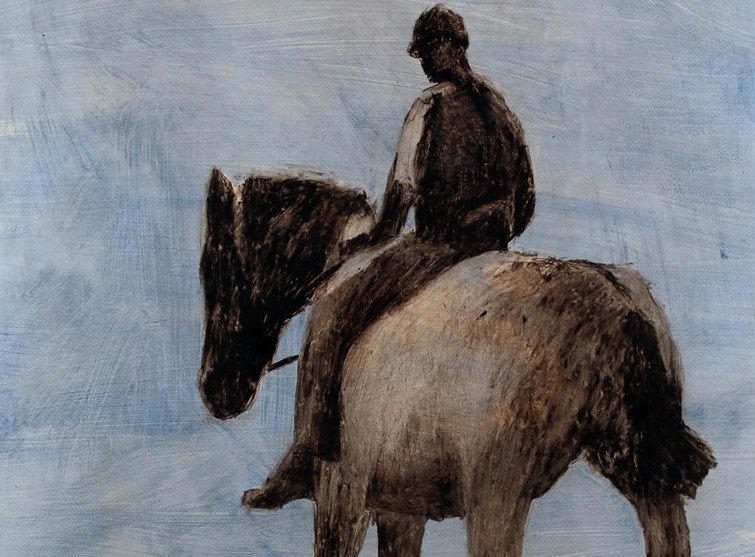 The Center for Contemporary Printmaking in Norwalk Connecticut will show the work of Malcolm Moran in a one person exhibition opening April 13th, 2014, 2-5 pm.  Malcolm Moran calls on a coterie of beasts to capture a wide range of themes through his original fine art monotypes and monoprints.

The exhibition title is “The Beast and His Keeper” and will include over fifty works printed and published at the center since 2010. The show will be comprised of work created at the CCP over the past four years. The theme, a series inspired by stories and myths whose characters included beasts and creatures of all sorts, including horses, goats, and birds. Creatures have served to represent all sorts of human character traits and human flaws throughout the history of literature, often in a negative light. So, “beastly” references are usually earthy and bad. Snakes are evil, goats are lowly and earthy scoundrals, cats are sneaky, and crows foretell death. There are exceptions, like lions are brave, but for the most part beasts have taken a beating by humans, but a central theme is is “the beast within should be treated with caution” This show will express a kinder more generous view of our fellow travelers. Two gratifying articles appeared in the large regional newspapers this past weekend. The pdf files can be downloaded here: Article A and Article B.